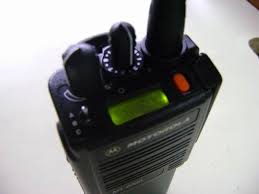 Ok, I admit that I didn’t read up on how to do this before I tried.  I guess it’s that typically male characteristic of “we know how” that got in my way once again!  (Don’t you think that at some point I’d learn?  Go figure!)

A while back I acquired some Motorola MT2000 radios for literally a steal.  I got a programming cable and found the software to program them and dutifully loaded them up with a bunch of ham radio repeaters, simplex frequencies and some public service frequencies to which I like to listen.  Easy peasy!!  I even created a scan list in the unit that included the public service channels so that I could use the radio as a scanner as well as a Ham HT.  (Yep, I even remembered to program one of the buttons on the HT to turn scanning on and off!)

But having done all that, I could NOT for the life of me get this radio to scan.  I think I tried every scan option I could find in the programming software, but alas, no joy!

Today, I decided I was going to fix this problem or else.  After all, scanning the public service channels was one of the key reasons I wanted the radio to start with.  So with noone around that might have ever done this before to ask, I turned to the one source that I was certain wouldn’t let me down:  Google!

I love the way you can just ask Google a question and more often than not, it will find the right answer for you.  Sometimes you have to phrase the question just right to help Google hone in on what it is you want to know, but mostly it just works.  I love things that just work!  In no time flat, I had the answer to my dilemma.

It turns out that just creating the scan list is not enough.  One must go back into the programming of each of the channels (personalities) that you’ve defined and tell the radio which scan list you wish to use if you invoke the scan function while the radio is tuned to that channel.  It’s not hard, it’s just not obvious when you first create the channel itself, hence I never noticed that it hadn’t been set.  In my situation, I only have one scan list, so I just changed each channel to scan list number 1 when the scan function is started.

To give myself a bit of a break here, it seems a little odd if you’ve not worked with commercial or public service radios very much.  But after reading some explanations of why it’s set up that way, it makes perfect sense.  For my use, it’s a simple thing now to scan public service channels while still being tuned to my favorite repeater.  And my cheapo MT2000’s have become much more valuable to me because they scan at a much faster rate than your average Chinese HT (meaning my Baofeng!)

If only I’d looked it up earlier, I’d have been happier earlier!  Gee, it seems like I’ve had people tell me that before.  Maybe old dogs CAN’T learn new tricks after all?  LOL